Chat with us, powered by LiveChat0.35.0 Release Notes • ImmyBot 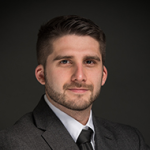 Maintenance Task parameters can be hidden and have default values

This allows you to use the generic Install-ChromeExtension script and not hardcode that value into it.

We made it easier to customize our built-in scripts: